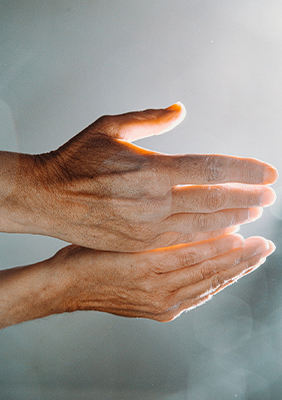 Diaconia research in the Nordic countries 2015-2019

This year, I have had the privilege to do a survey of recent Nordic diaconal research, a report commissioned by the Evangelical Lutheran Church of Sweden, as my master thesis in Church and Mission Studies.

Diaconia is most often understood as some sort of social work or social care, performed by churches and Christian institutions. However, as my report shows, Diaconia can be defined and delimited in many ways, as can Diaconia research. In a theological universe, Diaconia studies can be perceived as a bit blurry, not as bright and conspicuous as other stars, with their own academic disciplines. However, if you start looking, it is a cluster of dynamic research, drawing from and contributing to several academic fields.

In my report, I have analysed dissertations, scientific reports, peer reviewed articles, books and contributions to edited volumes, all of which are making a scientific contribution to the diaconal field of knowledge. Among the contributors are several researchers affiliated to CRS in Uppsala, as well as other internationally well known researchers on the field, and junior researchers and PhD students.

The referenced research makes visible the broad contribution made by churches, diaconal associations and institutions to public welfare in the Nordic countries, historically and in the present day, through a wide variety of diaconal practices. My report also shows theological developments in the understanding of Diaconia as an integral dimension of being Church. An interesting part of the study has been to make visible the variety and complexity of the work performed by deacons, as well as differences and similarities in the understanding of the Deacon’s office in the Nordic Lutheran majority churches. One of the results from my study is the insight that deacons in different countries struggle with similar challenges of mandate and responsibilities, which is shown by comparison between several referenced studies. These challenges appear to be connected to gender and a low overall appreciation of social care in society and church alike. Some authors also argue this to be an expression of outdated interpretations of the Deacon’s office as humble or lowly service.

This interpretation has roots in a post-reformation misunderstanding of the meanings of the Greek diakon-terms used in the New Testament, which was shown by John N Collins in the 1990:s but is still affecting the understanding of the word Diakonia to this day.  Among the referenced works are contributions from an international research project at University of Eastern Finland, aiming to correct some of these misunderstandings by retranslating texts from the patristic era. Other researchers are addressing the issue through theological analyses, or by relating empirical finds to theories of gender and power.

All in all, the referenced studies show that diaconal works in the Nordic countries expand beyond the concept of care, and engage in theological development, social innovation, social mobilisation and interreligious cooperation. My study makes a theoretical contribution by adapting the concentric model for Diakonia developed by Erik Blennberger (1946 – 2018), based on this empirical finding.

Lena Sjöberg
Lena is a Deacon in the Church of Sweden and during spring 2020 was based at CRS working on the report and master’s thesis detailed above collating and analysing Nordic diaconal research. Her full thesis can be found here 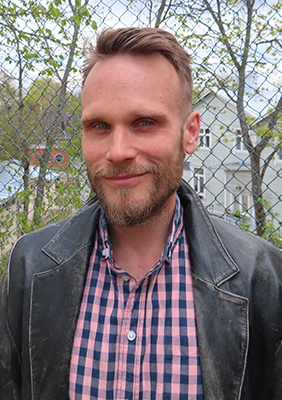 Contemporary religious-organizational change and the impact of the market

My research focuses on the effects of ongoing processes of marketization on religious organizations in the contemporary Western world. Propelled by the spread of neoliberal economy since the early 1980s, marketization has developed into one of the most socially consequential “megatrends” of late modernity. The concept of marketization generally refers to the process whereby late-capitalist and economistic values and imperatives make their ways into social and cultural domains and sub-systems that have traditionally been viewed as “non-economic.” Examples include the educational, charitable, nonprofit, and religious-organizational fields.

Starting from an understanding that social and religious change are always deeply interrelated to each other, I approach marketization as principally involving the penetration of market-associated discourse and terminology into new social organizational domains, including the religious-organizational domain.

In light of this perspective, I direct particular focus at the ways in which religious organizations have striven to respond to, align with, and adapt to new market-centered discourses and imperatives of organizational “effectivity” and “performance” by instigating their own internal processes of “religious-organizational marketization.”

Religious-organizational marketization refers to the process whereby particular religious organizations 1) adopt market-associated discourses, 2) integrate these as naturalized components of their own orders of discourse, and 3) varyingly strive to operationalize these discourses in actual practice.

Religious-organizational marketization is therefore to be understood as the result of a combination of mounting (both actual and perceived) external pressures and a series of active and conscious efforts on the part of religious-organizational actors themselves. As a result, the official discourse of religious organizations becomes increasingly marked by terms, notions, and imperatives such as “marketing,” “customer orientation,” “management,” “cost-effectiveness,” and “flexibility,” to name just a few. From the perspective of religious organizations themselves, such discourse is typically seen to offer new imaginaries for tackling a whole host of issues associated with continuing decline.

To date, my research has mainly focused on processes of organizational marketization within the context of traditional, large, and long-established Western Christian churches who maintain extensive bureaucratic organizations and retain close structural ties to states and core social establishments. Cases include the Nordic Lutheran majority churches, the Church of England, and the seven denominations that comprise the traditional United States Protestant “mainline.” While remaining attentive to context-specific peculiarities and variations, my research ultimately aims to provide a theoretical framework on religious-organizational marketization that can be applied and tested on a trans-national and trans-denominational scale. As such, it also aims to provide a firmly empirically grounded investigation of a highly notable, but thus far largely overlooked, aspect of contemporary religious-organizational change. 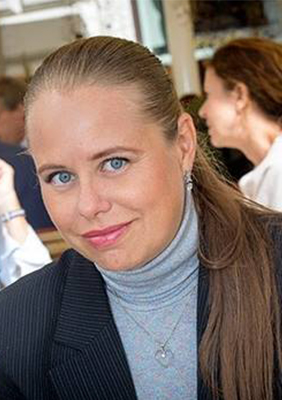 Will our children live in democracies where their voting rights depend on how much money they make, on their contribution to the State?

In the project “Contributivism: On Practices, Debates and Attitudes About Grounding Democratic Inclusion on Economic Contributions”, at the Centre for Multidisciplinary Research on Religion and Society at Uppsala University, a multidisciplinary research group studies contributivism, the idea that economic contribution grounds political influence in the form of franchise.

This idea may pave the way for greater economic inequality turning into political inequality, but, on the contrary, it may also lead to economic equality grounding claims for political equality. How do our attitudes towards voting rights, to whom should vote, for example, change when migrants’ financial contributions are often stressed, or when an increasing number of states sell citizenship, introduce investment visas and other golden ways into the citizenry at the core of democracy?

We want to find out if contributivism is making a comeback. We suspect it may. We aim to study its revival in Europe today by investigating: its institutional embodiments, i.e. practices making economic contributions a ground for enfranchisement directly or indirectly (e.g. practices involving golden citizenship policies or investor immigrant statuses); and then, its political prospects. The latterwill be studied in a two-fold way by focusing on what lawmakers claim and what the electorate believes. As for the first aspect, we probe partisan views on contributivism by studying parliamentary debates regarding laws and policies directly or indirectly regulatingfranchise. As for the second aspect we study popular attitudes on contributivism.

Contributivism may matter for the future of democracy and it is challenging to study. It requires both methodological innovation and theory development and, foremost, to see the elephant in the room: because citizenship is linked to franchise, when we choose who is allowed to enter a country, who is allowed to stay, who becomes a citizen, at the same time we determine indirectly who will constitute the electorate of tomorrow. Who is entitled to vote is a constitutional matter: the number of enfranchised members in a community determines whether we live in a democracy. It is ultimately a question concerning constitutional identity. Migration and citizenship policy affect the form of government, i.e. democracy, in a causal context that researchers have mostly failed to grasp in its entirety, let alone systematically studied. Perhaps because a different way of working is needed to see the big picture?

As a multidisciplinary research group, developing analytical tools, testing novel hypotheses to bridge the gap between methodologically different, but substantially contiguous outlooks on contributivism, we opted for a research design that builds on theory developmentpaired with systematic empirical studies: in-depth comparative studies of the laws enabling “citizenship for sale”, cross-national analysis of parliamentary debates and surveys on popular attitudes by means of conjoint analyses. This methodology was chosen because we need a multidisciplinary approach and cross-national comparisons to understand how contributivism is currently practiced and if it is making a comeback.

For more information about the project, please see Constributivism 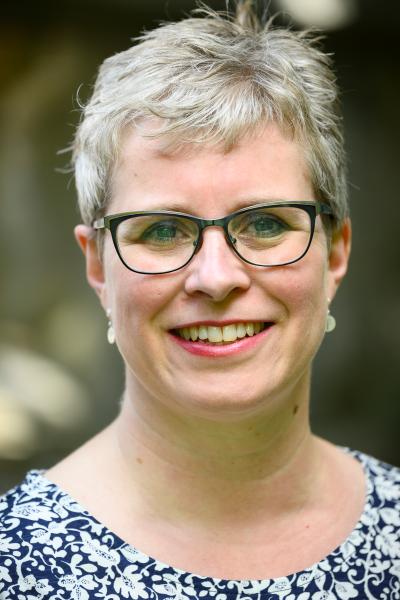