Funerals as a social phenomenon in past and present

Funerals are a phenomenon that occurs over 90 000 times per year (on average 250 per day) in Sweden and which everyone is faced with at some point. This makes funerals, and what occurs in connection with these, to a social field which touches everyone over time and therefore provides a unique opportunity to gain knowledge of and understand society and its changes. In addition studies in the field of funerals are conducted from a number of different disciplines.

During the 1990s at the Centre for Theology and Religious studies at Lund University, a number of larger research projects focussing on funerals were conducted. Since then, in Sweden further research has been conducted, but surprisingly few larger projects in the field have been carried out. The aim of the network is to address the lack of research by bringing together researchers who have carried out, are undertaking or planning research within the field and to do this in collaboration with practitioners in the area such as funeral directors and cemetary management. Research can cover funerals historically as well as in the present day, and the scientific starting points can be, for example, sociological, anthropological, ethnographic as well as political scientific, juridical and architectural. 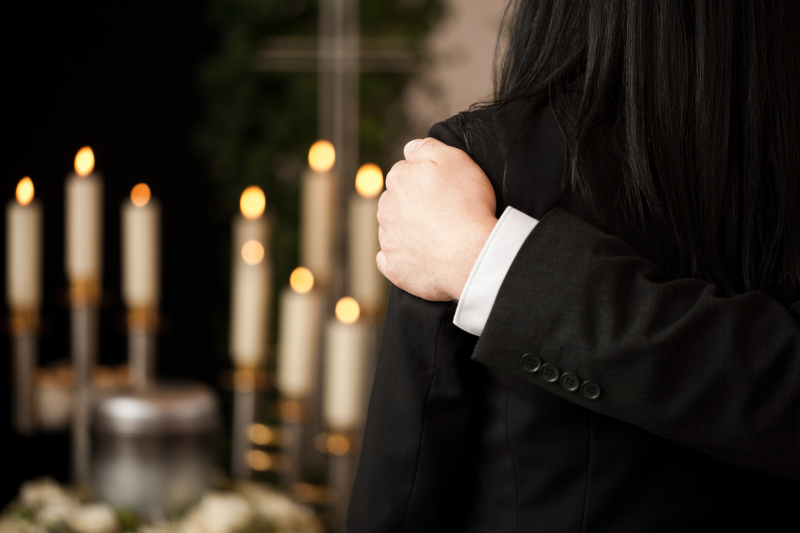 Network for the Historical Study of National Christianities 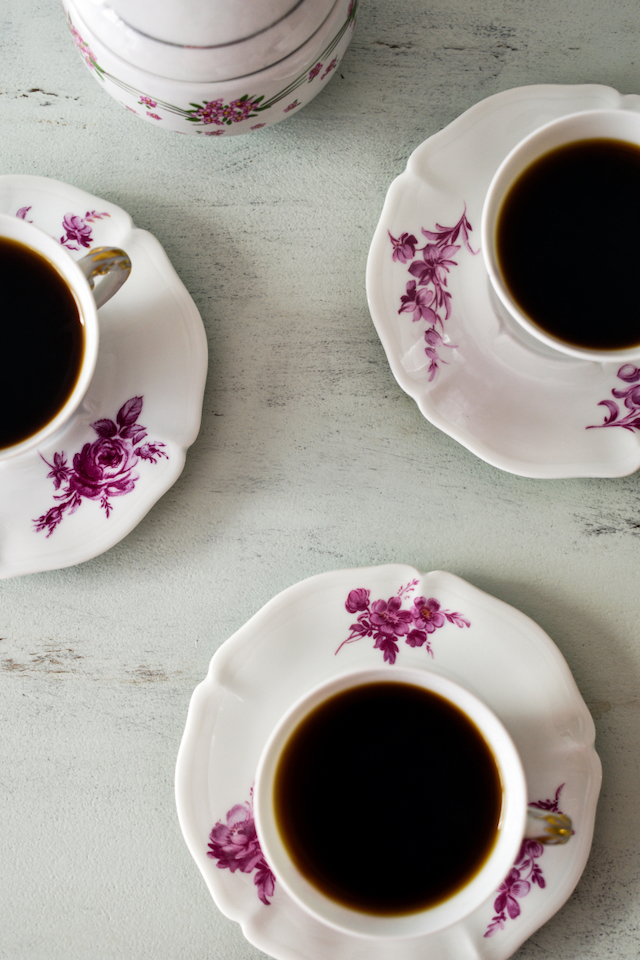 MIGRATION AS A LEGAL AND POLITICAL PROCESS: A NETWORK FOR MIGRATION RESEARCHERS AT UPPSALA UNIVERSITY

Migration as a legal and political process is a cross-cutting initiative where several faculties and departments collaborate to improve and deepen current specialist competence on migration at Uppsala University.

Migration is one of the major social challenges of our time. This was highlighted not least by the migration crisis of 2015. Decision makers need a solid knowledge base in order to meet these challenges. The network brings together researchers from different disciplines who approach legal and political dimensions of migration in a number of ways. We also want to contribute to increased collaboration with non-academic actors (such as civil society organisations and authorities) to create the conditions for a more evidence-based debate on migration than is currently the case. Traditional migration research has often started from the notion of migration as movement in space, over borders. The perspective of this network on migration as a process is innovative in that our starting point is that where a person is not necessarily decisive for her migration status – time, for example, plays an important role in the identification of who is counted as a migrant, as well as where, how and why this is the case.

Network activities are currently supported and funded by CIRCUS 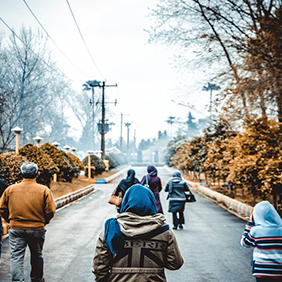 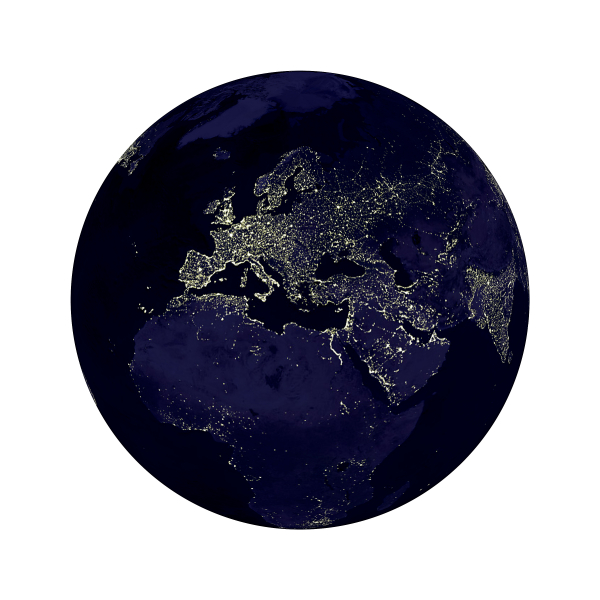 Climate change is recognized as one of the greatest challenges for humankind. In international policy and law, the call for climate governance to safeguard living conditions for future generations has become increasingly acute. This is not only a matter of preventive mitigation of climate change through addressing its causes, and thereby securing justice and equity between current and future generations. It is also a question of human and social adaptation to climate change in present day societies. The call for action is in line with the United Nations Sustainable Development Goal 13 of taking urgent action to combat climate change and its effects. More specifically the targets of this goal are focused on integration of climate change measures into national policies, improvement of education, awareness-raising and institutional capacity with regard to aspects of climate change mitigation, adaptation, impact reduction and early warnings. These targets call for climate change research within the social sciences and humanities.

Climate change is recognized to affect every country on every continent, disrupting national economics and affecting lives and livelihoods everywhere, often affecting peoples and societies already in a vulnerable situation. That brings about questions of individual rights and responsibilities, and calls for new and innovative models of governance with wide stakeholder participation and collaboration, as well as new means of education and awareness-making. Combating climate change is consequently a challenge for policy, governance and law, but also for each and every individual, thus relating to ethics, religion and behavioral science, etc. Traditional structures and fundamental norms have to be reassessed. Social science and human scientific research can contribute to a positive development in this sense. Research and development connected to climate change has traditionally been much tied to natural scientific and technological fields, pushing for a need for more scientific evidence and insights as well as technical innovations to solve the climate change challenge. The current Swedish research policy recognizes that social sciences and humanities have been under prioritized, and emphasizes the essential contributions of social science and humanities in the increased understanding of societal challenges in meeting complex societal challenges of today.

In the network we have gathered researchers from departments of theology, political science, behavioral sciences and law to act as a core group facilitating research collaboration and development between researchers from different scientific disciplines within our already existing research networks. This also means collaboration with research partners in natural scientific fields and with other universities, as well as with non-academic external partners. The aim is that this forum will lead to the development of several cross-disciplinary research projects with central focus on climate change policy and social transition and where the social scientific and humanities perspectives will have a central role. The proposed network will promote the collaboration of the university and our research with civil society and climate change governance stakeholders today. Such collaboration has the potential of strengthening relevance and impact of academic research in society, a potential that is especially important in new and complex societal challenges such as climate change.

For more information on the initiative and activities organised by the network contact coordinator: Annika Nilsson,  or CRS director Martha Middlemiss Lé Mon.

Many researchers at Uppsala University work with issues of Human Rights. Many ofour researchers also contribute to teaching on human rights both at the university and at various external events. We want to see knowledge of this research reaching more people, being communicated to wider society and being put to practical use. The field of human rights is, in itself interdisciplinary and a number of researchers at this broad university are involved in research which directly or indirectly has to do with human rights. At the Centre for multidisciplinary research on religion and society (CRS) we have therefore chosen to initiate a research network which focuses on Human rights at local level in Sweden. Within this initiative we are working with seminars, research and collaboration.

The following are examples of questions we are working with: How do human rights relate to the realisation of local government? What impact do conventions and national legislation have in the 21 regions and 290 local authorities which are responsible for the implementation of human rights? The realisation of the public mission is facing new challenges at local level, as a result of globalisation and internationalisation, but also as a result of an altered political culture and unclear boundaries between the private and the public. The decentralised Sweden (local authorities and regions) are de facto the Sweden which to the largest extent is responsible for realising these rights. But this part of the public sector is not built to bring about individual human rights, but is rather by its very nature more focused on prioritising the public and being of value for society at large.

The role of the public authorities is today more multifaceted and pluralistic in its nature, which becomes visible at local level. The realisation of human rights changes. Today it happens based on new parameters which did not exist when Sweden, for example, implemented the European convention in the mid 1990s.

This development actualises important ethical, legal and political considerations. How society responds to these questions influences how we understand democracy and the realisation of the constitutional state, but also how the legitimacy is expressed in the meeting between individual, collective and the public. 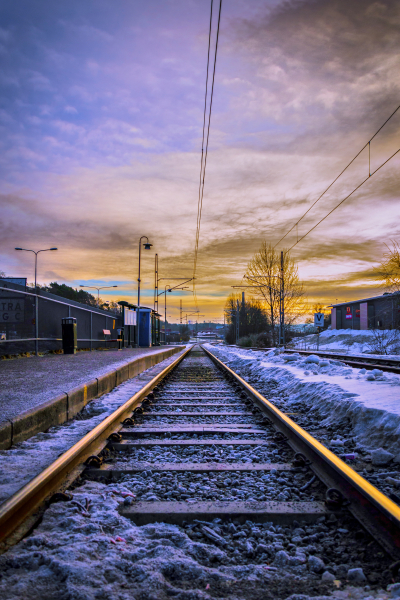